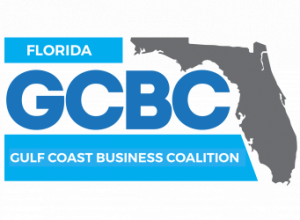 Representing more than 2,000 businesses, chambers and associations, the FGCBC works to ensure offshore drilling does not come one mile closer to Florida’s coast and opposes any new drilling in the Eastern Gulf of Mexico.

Current efforts to expand offshore drilling threatens over 304,000 jobs and roughly $17.5 billion in GDP from Florida’s Gulf Coast fishing, tourism and recreation sectors. Numerous chambers of commerce, businesses and elected officials will be in attendance at the event.

(more to be announced…)

Earlier this year, the Trump administration announced its plans to open nearly all U.S. waters to offshore drilling activities. In a new draft five-year program (2019-2024) for oil and gas development on the Outer Continental Shelf (OCS), the Department of the Interior (DOI) outlined its plans to expand future oil and gas leasing to nearly all U.S. waters, the largest number of potential offshore lease sales ever proposed.

The Florida Gulf Coast Business Coalition seeks to serve as a business voice to protect the Gulf Coast of Florida. The group was formed because offshore drilling in the eastern Gulf of Mexico is fundamentally at odds with our coastal economy and way of life, our thriving businesses that are reliant upon healthy ocean ecosystems, and is incompatible with the military mission in the Eastern Gulf of Mexico. The FGCBC recognizes the importance of a unified business voice in protecting our coastal economies.